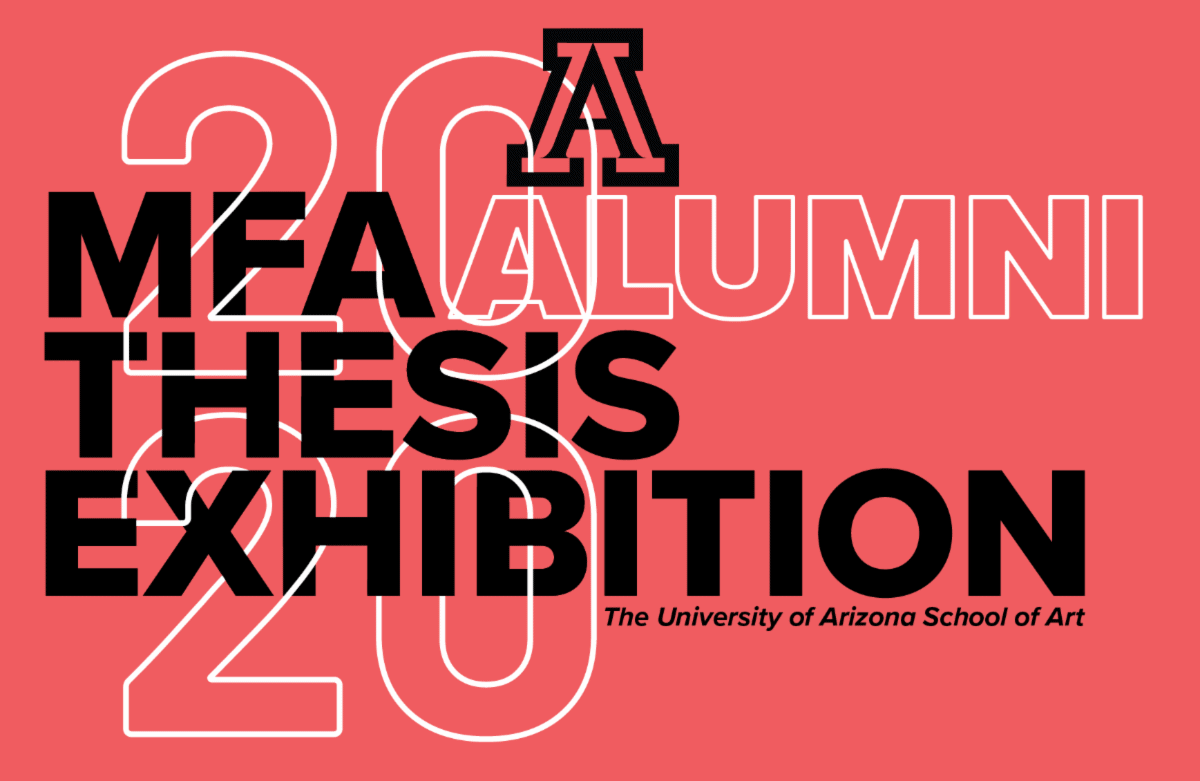 My work employs video, sculpture, and installation to tell narratives of proverbial female transgressions. Reflecting on the illegitimacies of gendered stereotypes throughout history, my approach serves to mirror the absurdities of such stereotypes. Through parody, I re-imagine female archetypes who amalgamate traits from mythology, horror films, and pop culture in order to showcase moments that are deeply antithetic to female composure.

Bad Bitch is a meta-camp, multi-channel video installation that tells the story of a female werewolf exhibiting three symptoms of PMS (Ravenous, Reckless, and Raging). My narrative inverts the traditional association of lycanthropy with masculinity by drawing parallels between the clichéd symptoms of a woman’s menstrual cycle and the traits of popularized werewolf narratives. In doing this, I re-imagine the role of the female monster, which is often sexualized, to be a monster produced from a satirical female perspective and without any omission of body hair, food cravings, or mood swings.

My videos are shrouded in customized sculptural encasements comprised of the props and materials from their narratives, allowing them to exist in their own self-referential environments. These hybridized sculptures reference domestic forms while simultaneously creating their own unique functionality.

By presenting vignettes that examine female behavior through a mythological lens, I underscore the polarized pressure placed on women to fulfill roles of both creator and destroyer (and, by proxy, good and evil). These stereotypes are equally rampant in the female roles that are recycled throughout horror films. At my disposal are the archetypes of psychotic mother, crazy ex, floozy, and every clichéd role in between. Similarly, pop culture provides ample opportunity to re-examine not-so-new ideas of feminized attributes. I look to iconic moments and figures throughout recent years to understand contemporized versions of longstanding narratives. Stepping into the space of my installations should feel like stepping into the headspace of myself, my mother, Eve, Medusa, Mommie Dearest, Britney Spears (circa 2007), and countless other misunderstood women throughout history. 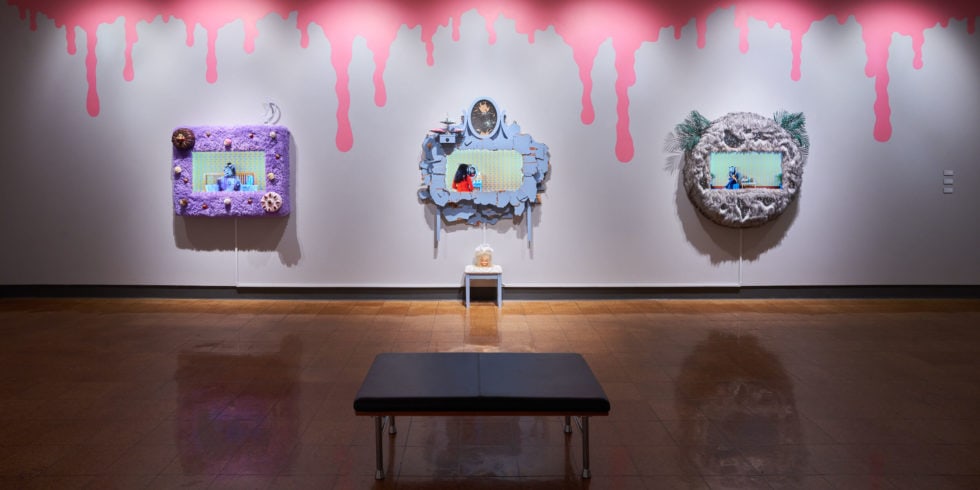 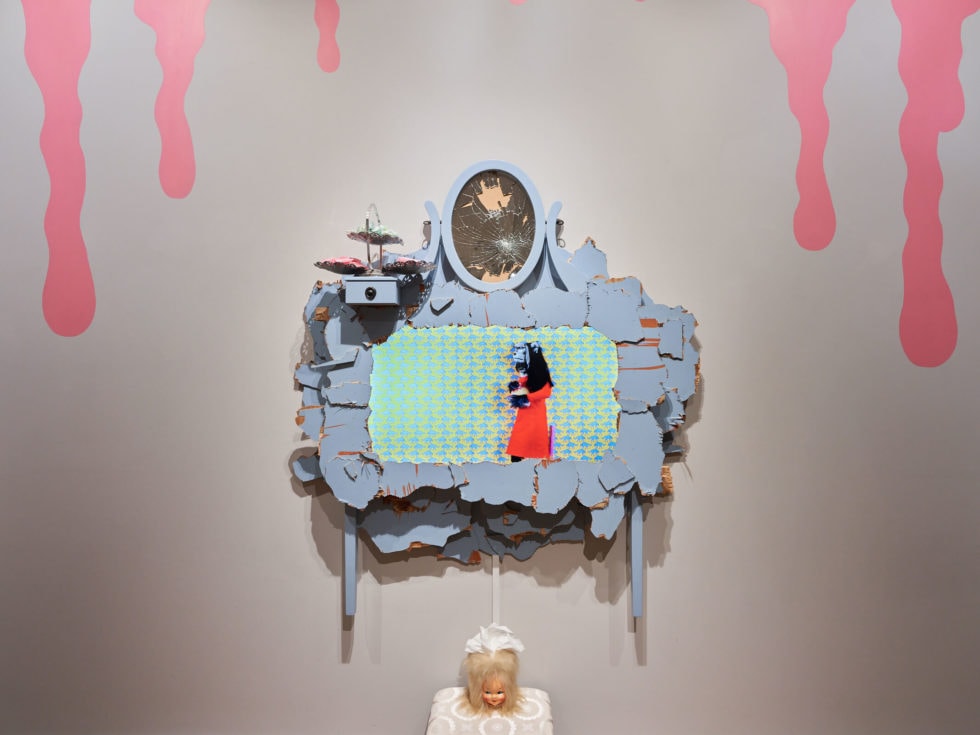 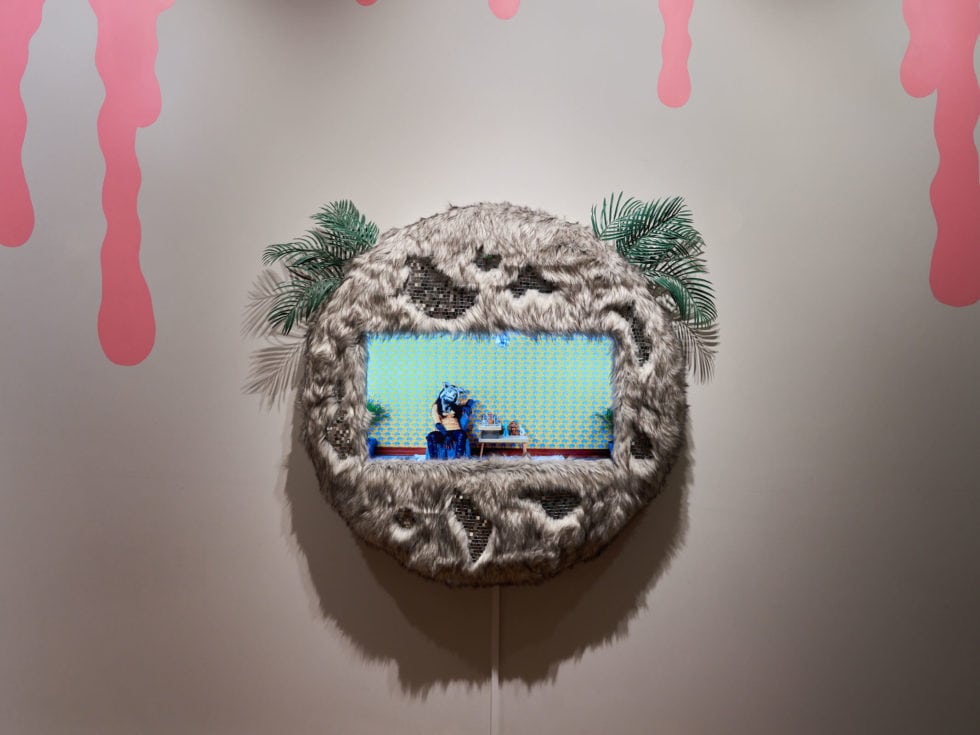 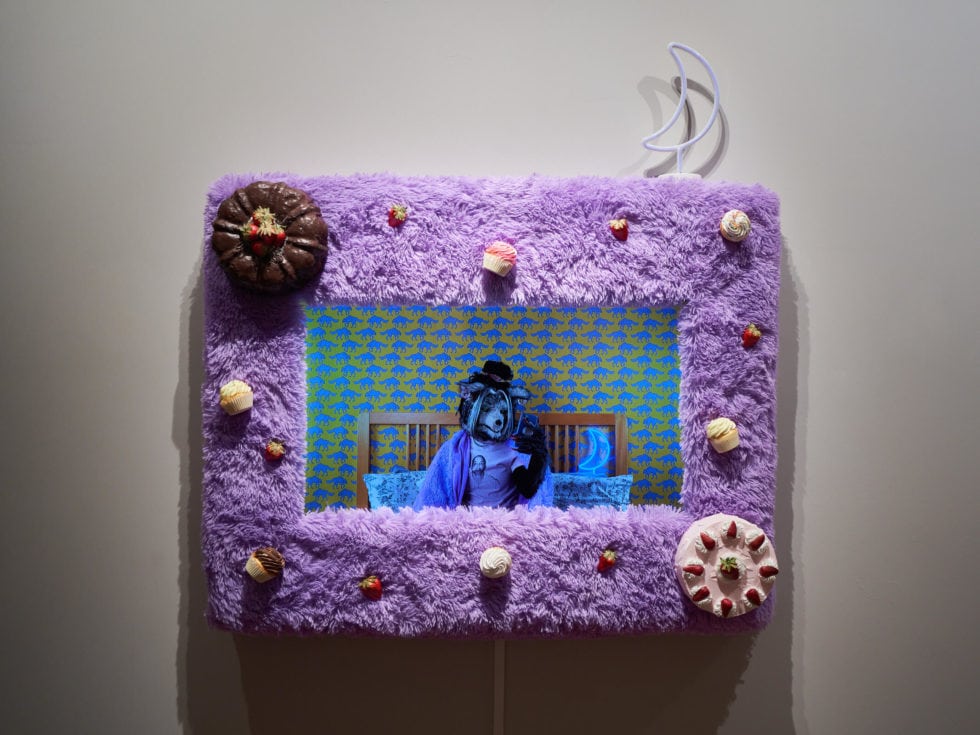 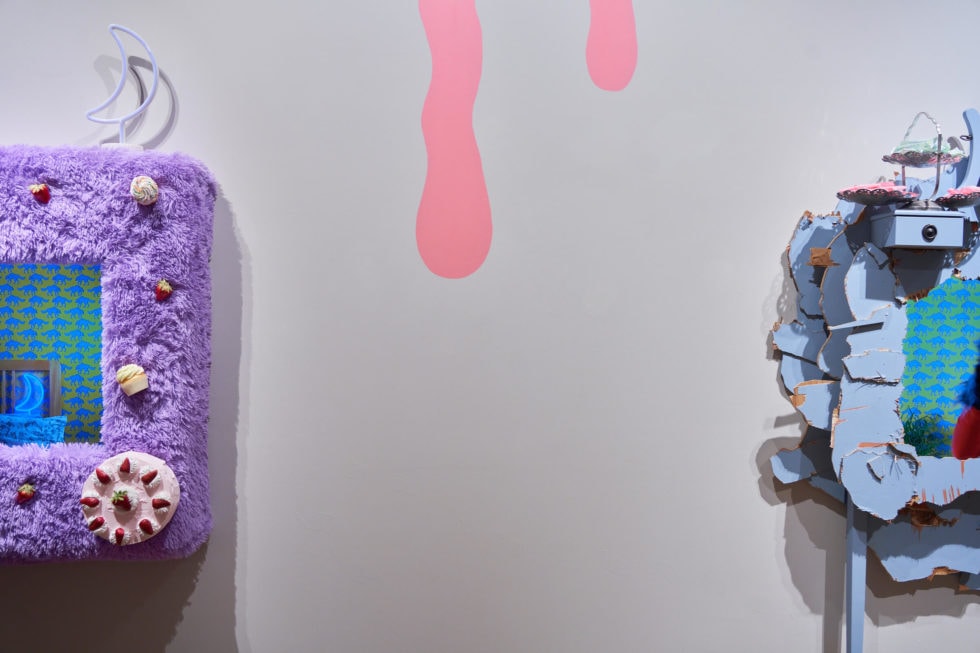 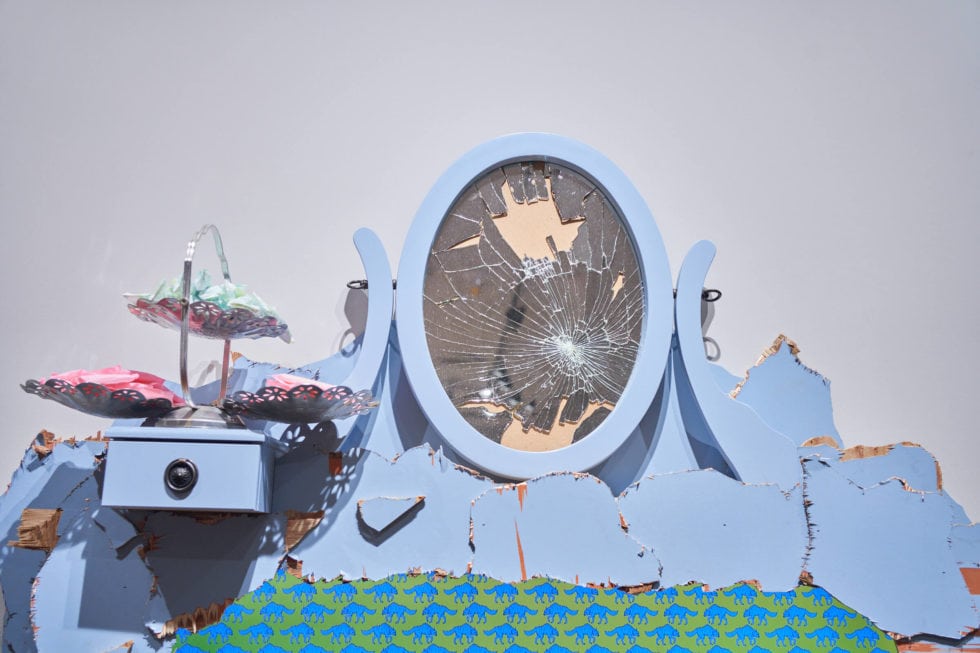 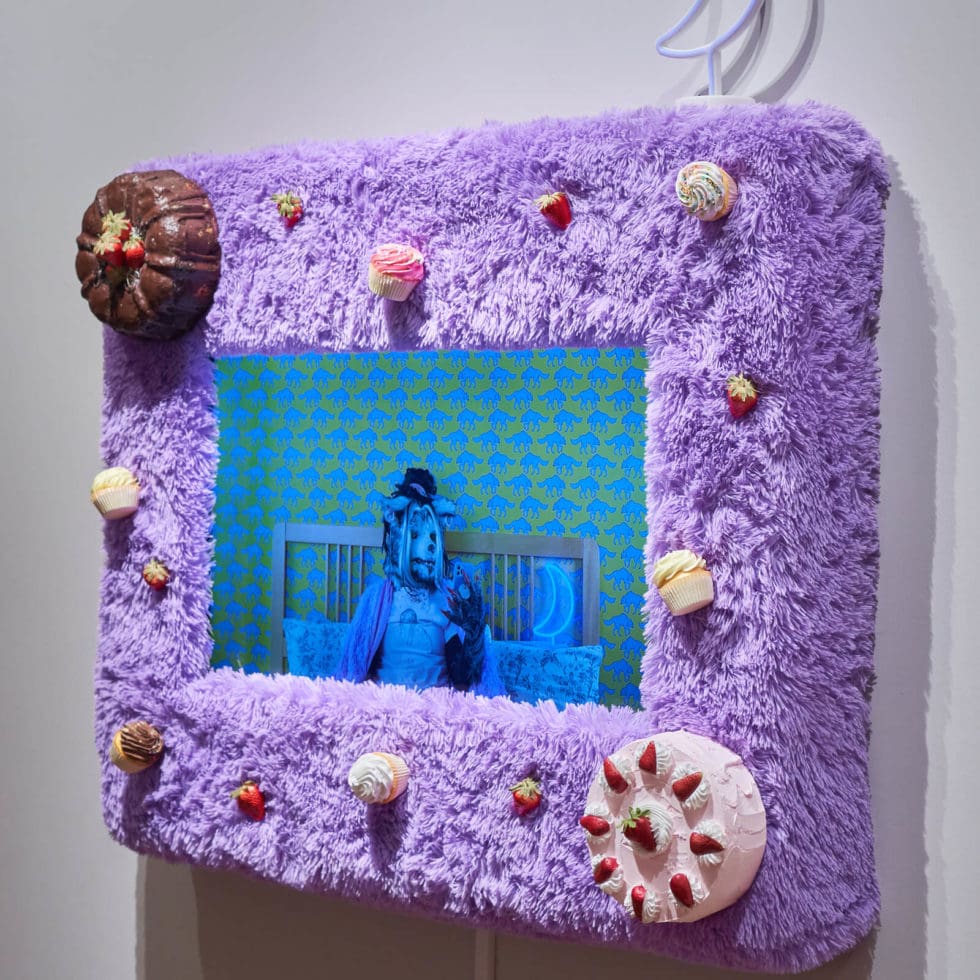 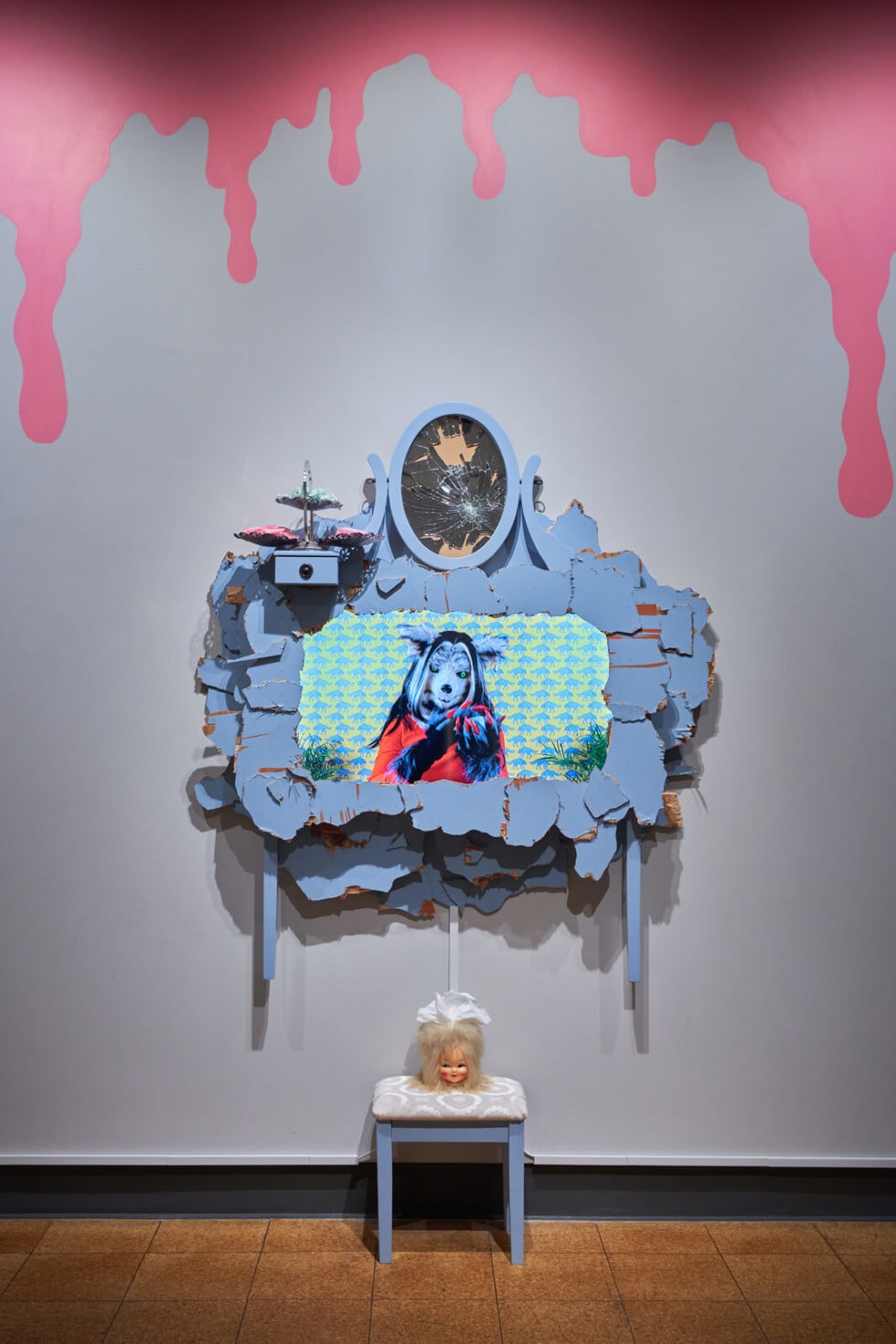 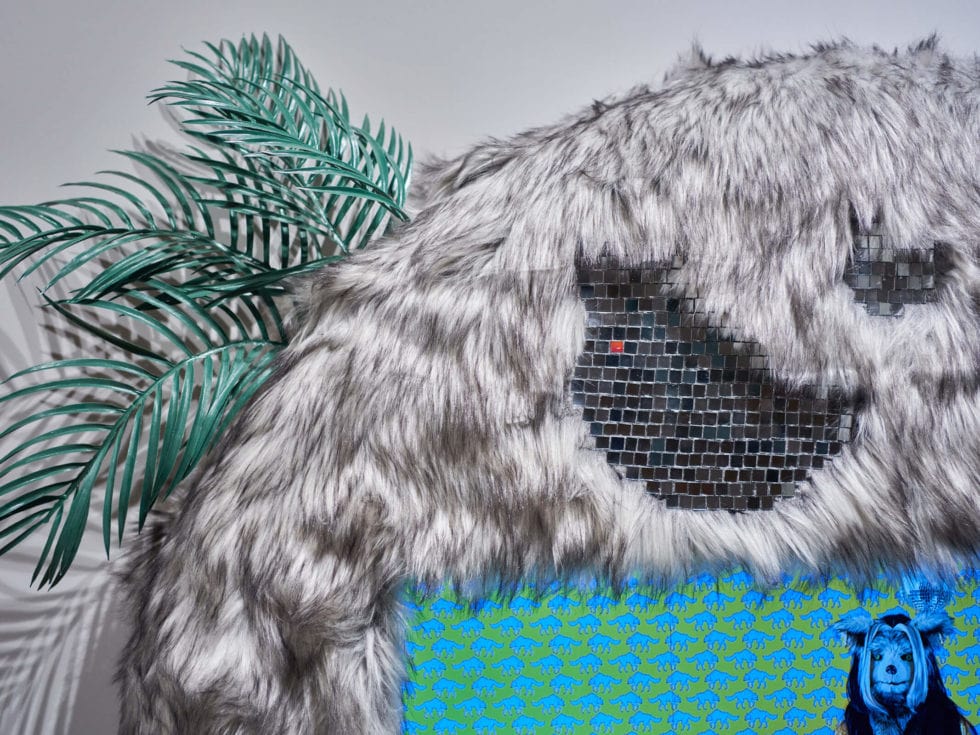 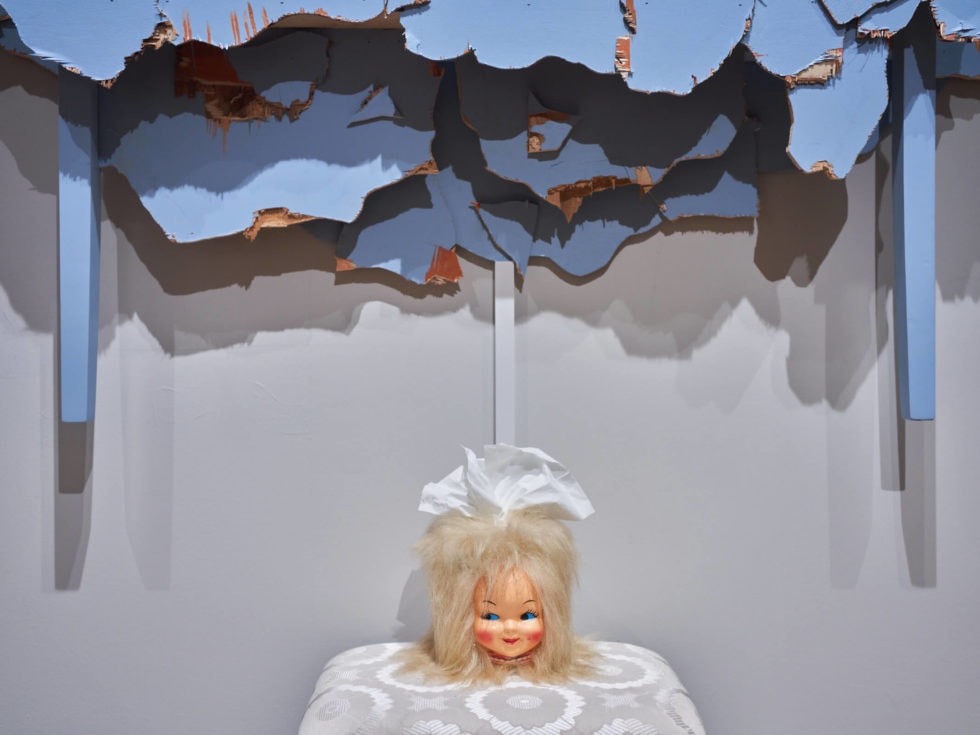 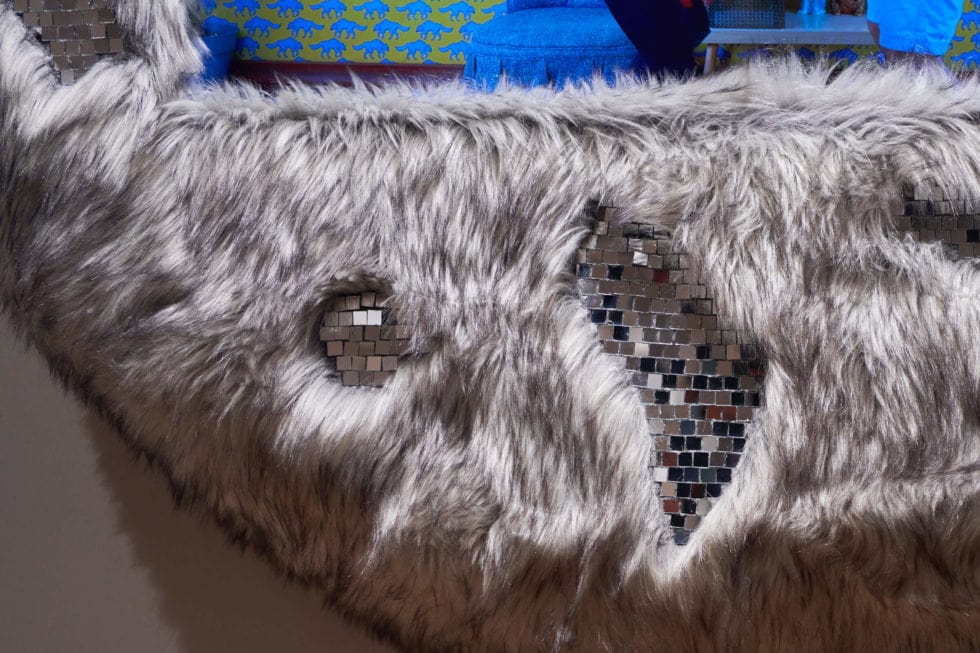 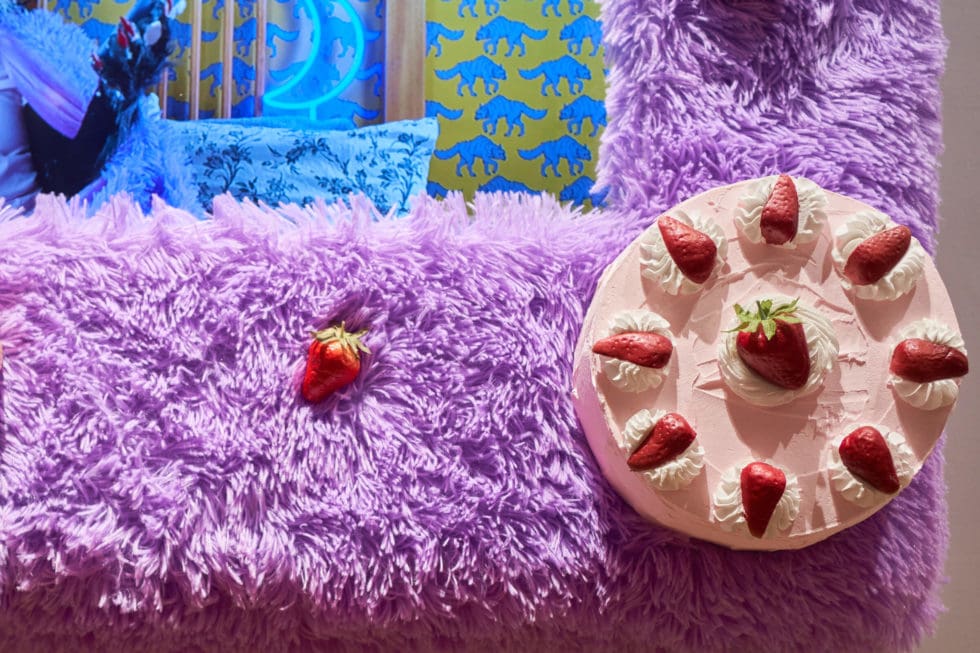