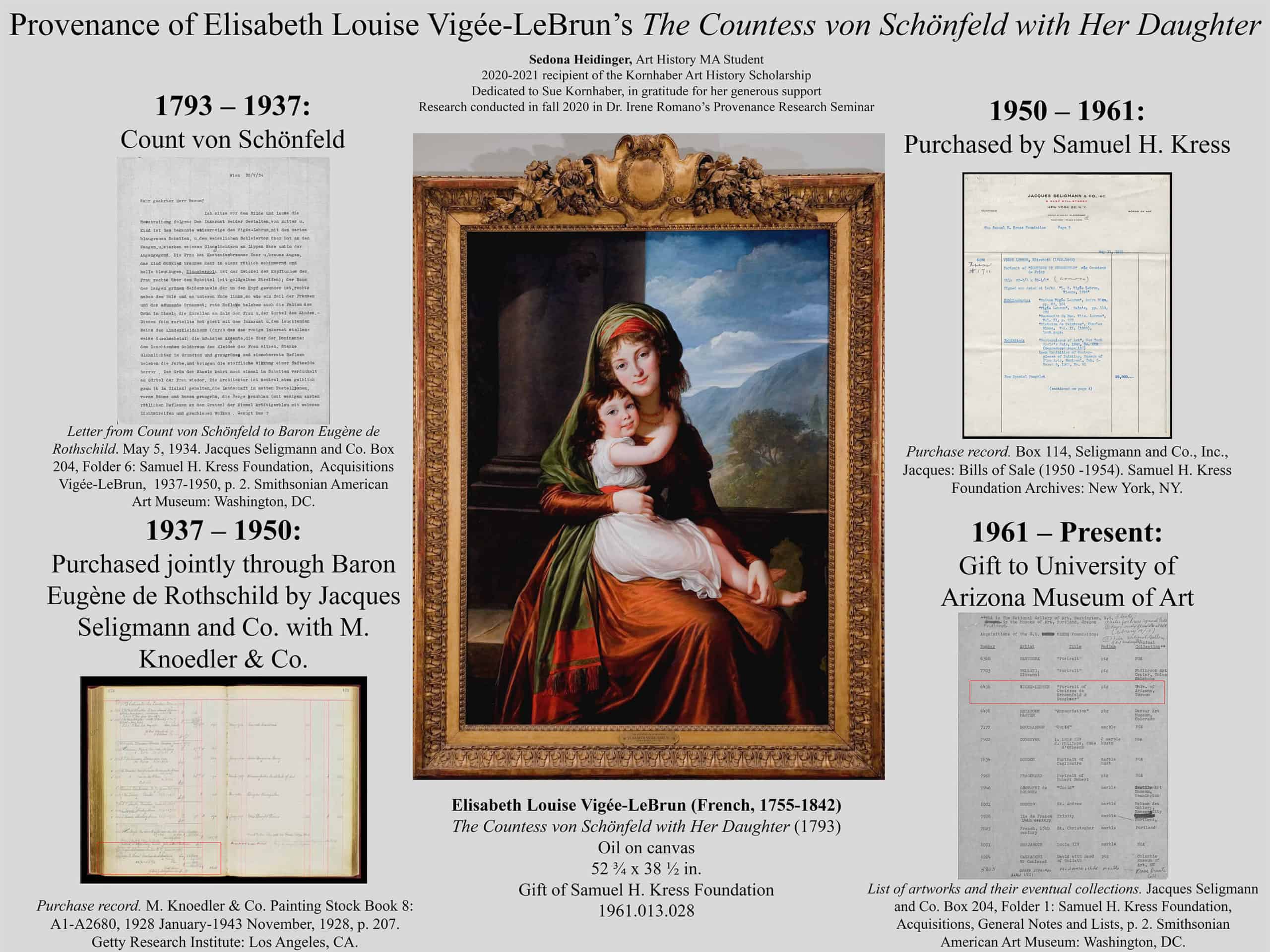 Elisabeth Vigée-LeBrun’s, The Countess of Von Schönfeld with her Daughter (1793)

Statement:
In Dr. Irene Romano’s Provenance Research Seminar (ARH 596O) this fall, I undertook a substantial research project on Elizabeth Louise Vigée-LeBrun’s painting The Countess von Schönfeld with Her Daughter (1793), which belongs to our own University of Arizona Museum of Art. I am so honored to have received the generous support of the Kornhaber Art History Scholarship in support of my research, which follows this beautiful and enigmatic portrait on its journey through the centuries from Vienna to Tucson. My poster highlights primary sources that chronicle the painting’s clear transfers of possession at each stage; the Getty Research Institute, the Smithsonian Institution’s Archives of American Art, the Samuel H. Kress Foundation Archive, and Olivia Miller at the UAMA were invaluable in providing remote access to these critical documents. The portrait was in the possession of the von Schönfeld family from the time of its completion in 1793 until 1937, when it was purchased by Jacques Seligmann & Co. in Paris in partnership with M. Knoedler & Co. in New York. Intriguingly, Baron Eugène de Rothschild facilitated this purchase. In 1950, it was sold to businessman and philanthropist Samuel H. Kress, who would include it in his generous initial donation to the University of Arizona (second in size only to the National Gallery of Art). The Vigée-LeBrun painting was officially acquired in 1961, and it has been a jewel of the Kress collection and the larger UAMA collection ever since. As simple as this chain of ownership may appear, each successive transfer seemed to increase in complexity and nuance, which I explored in detail in my final paper. Several factors contribute to this, including concerns about changing cultural taste, efforts to maintain cordial relationships with mercurial patrons, and the quotidian (yet truly evergreen) issue of the price tag.