@Border_Becky combines video artwork with fleece blanket assemblages to explore the intersection of immigration and gender identity through the lens of contemporary pop culture and mass media. I cut and reconfigure iconic material to skewer mainstream anti-immigration rhetoric, subvert the appropriation of Latinx culture, and queer mythologies of Americanness.

The video follows a social media controversy in which two students, Becky and Kyle, are caught in the middle of a protest while engaging in site-based research at the US-Mexico border. While in the midst of this chaos, the couple navigates the drama of their evolving romantic relationship. As they confront their own queer and class identities, Becky and Kyle must rethink their understanding of the gender binary parallel within the context of the temporal binaries of the U.S./Mexico border. The video layers performative digital activism with the trauma that haunts those whose identity is not an optional performance.

The reconstructed blankets are mock merchandise inspired by Becky and Kyle‘s travels to the borderlands and adjacent commercial district. The gaps in the assemblages create a space where hybrid identities exist within the downfalls of neoliberal capitalism. @Border_Becky is an ode to the resourceful immigrant hustlers, a prayer to asylum seekers, and an offering of much needed comedic relief in a time of high anxiety. 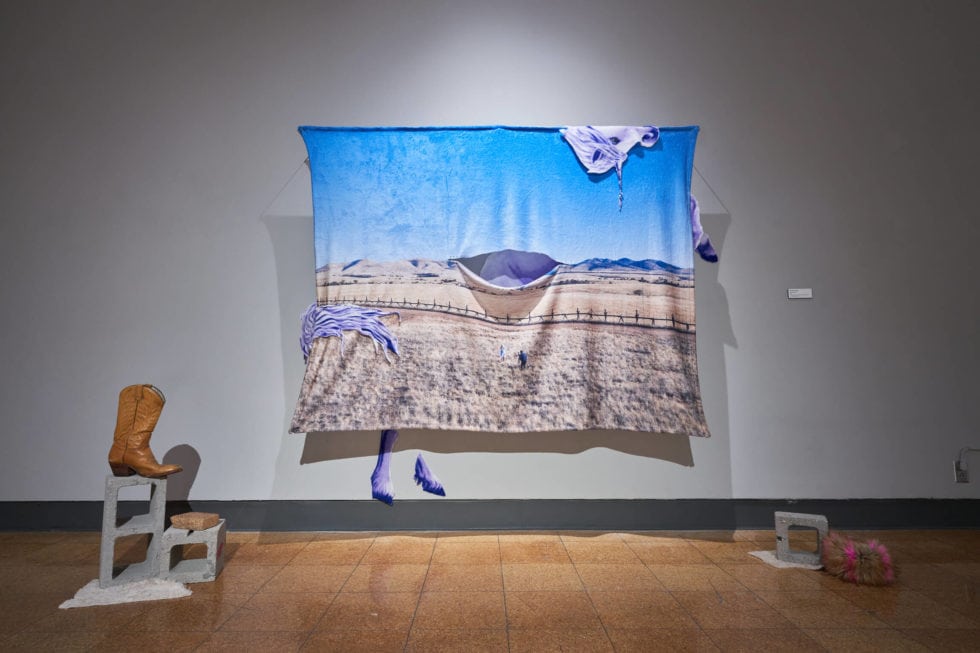 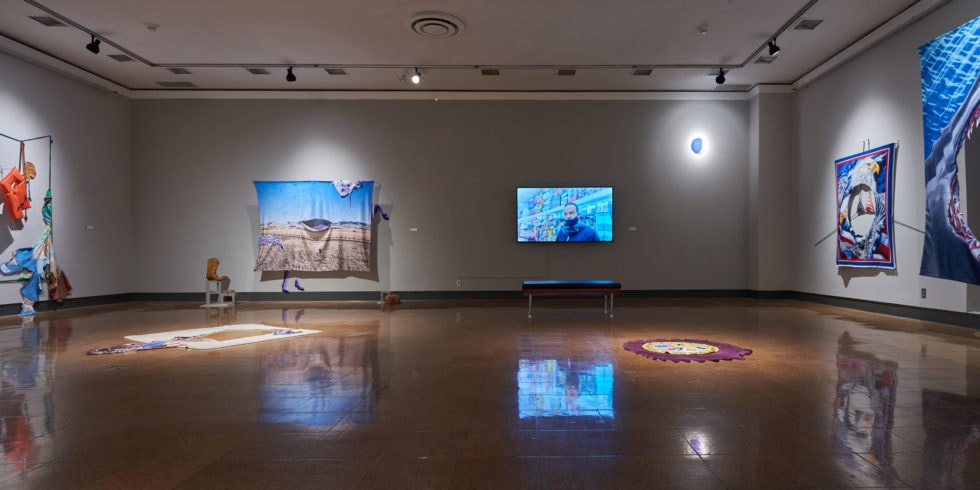 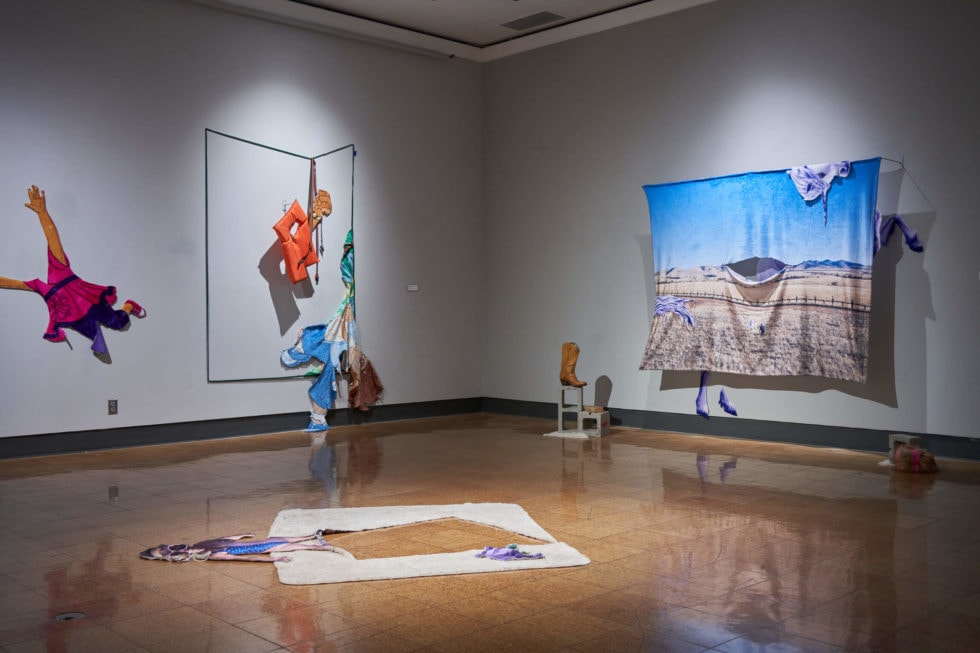 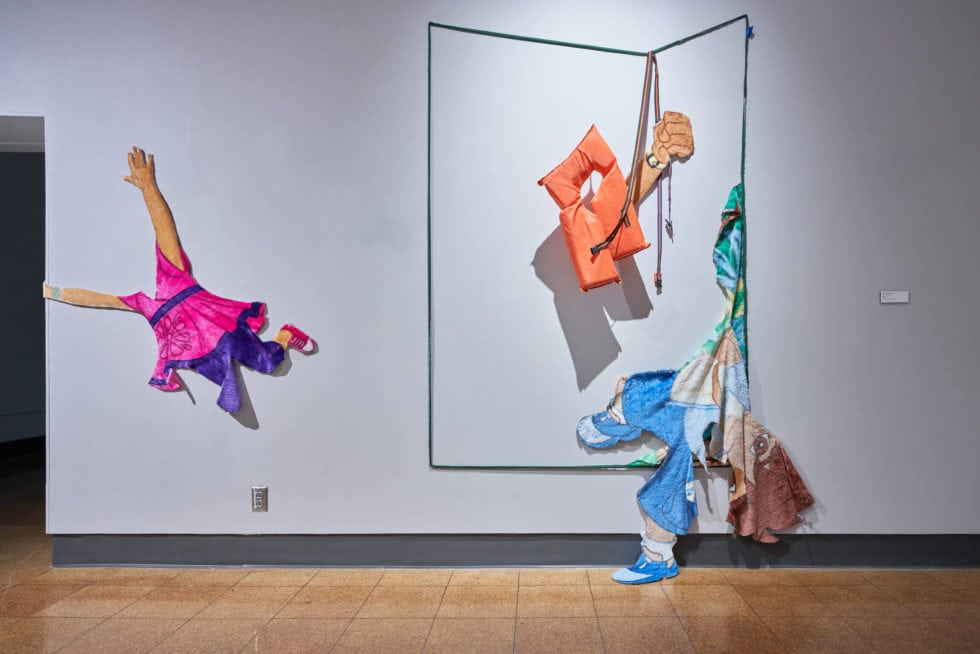 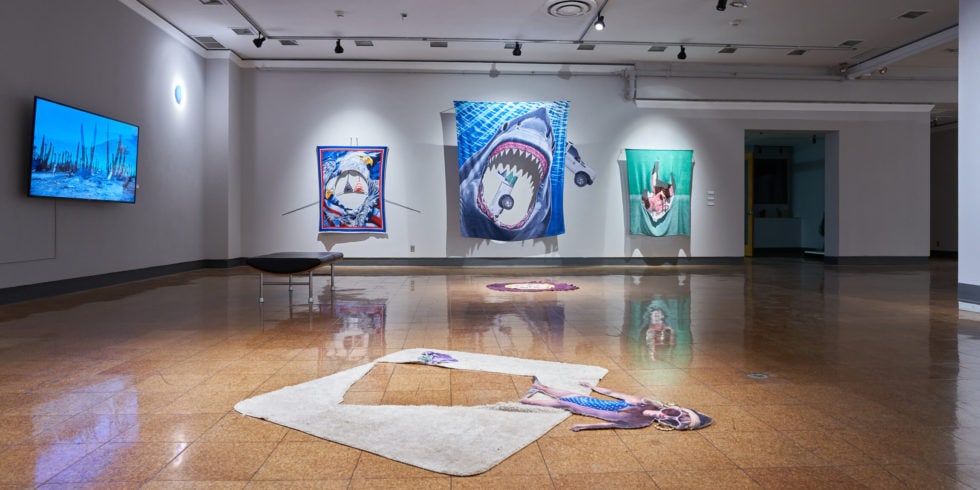 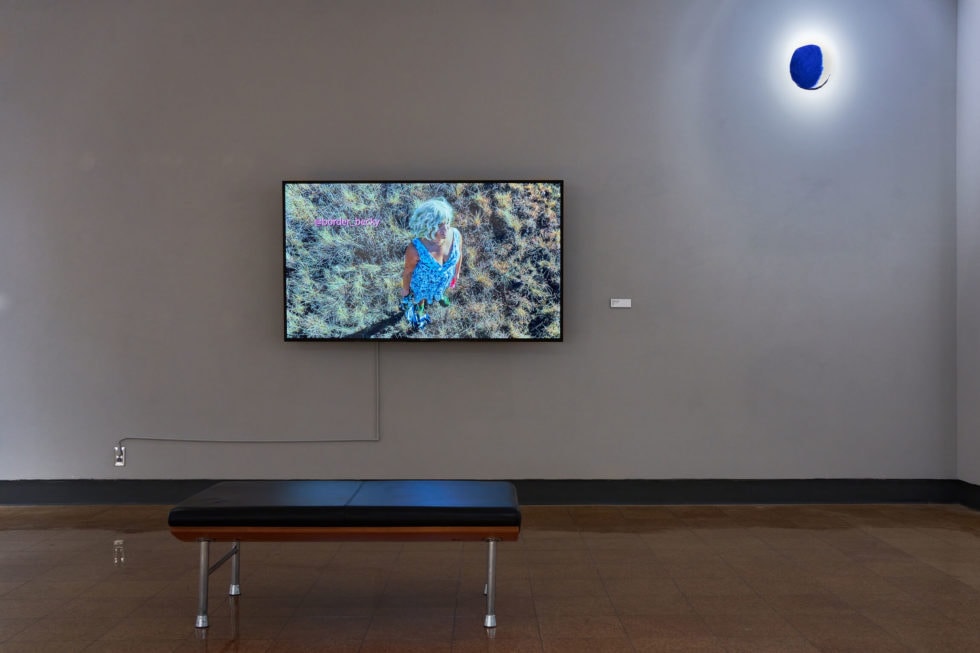 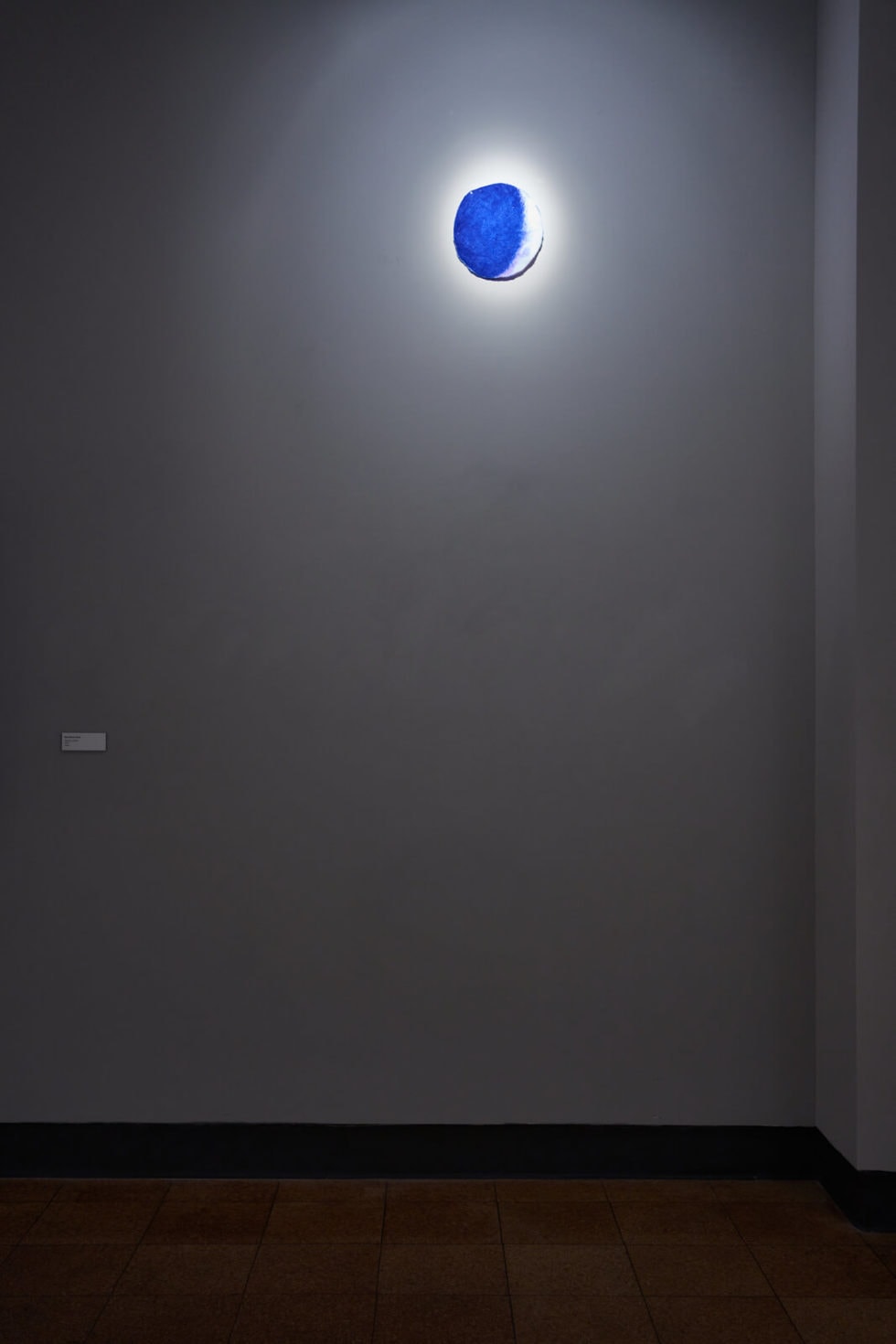 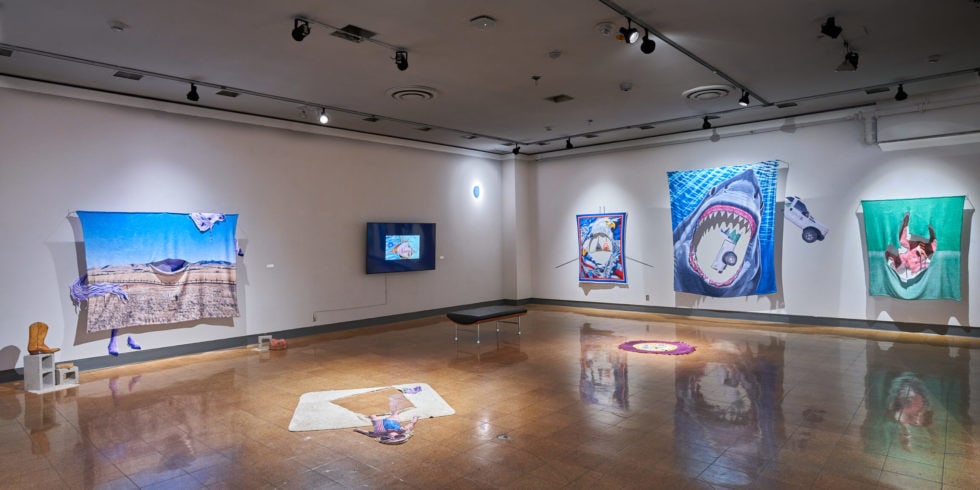 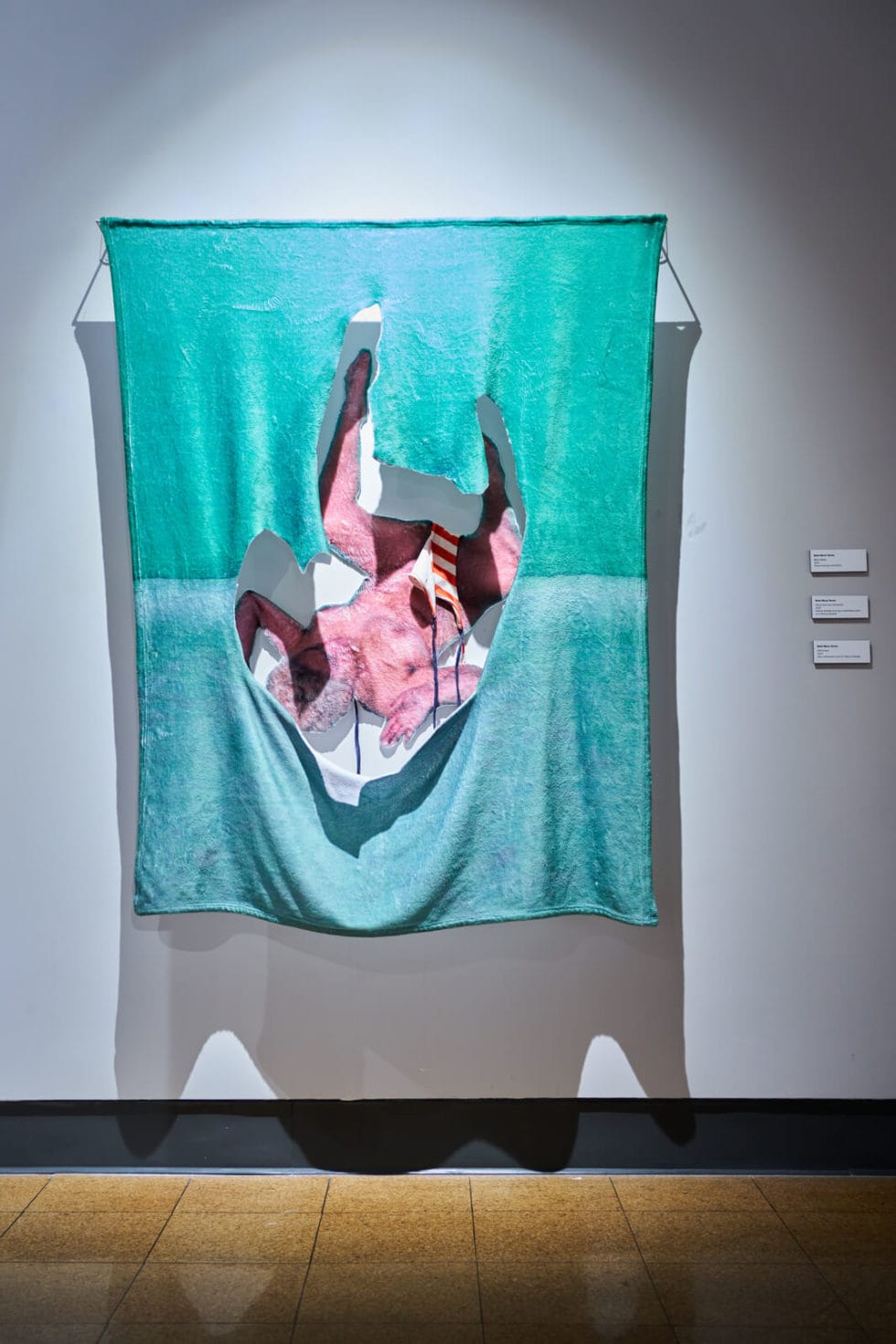 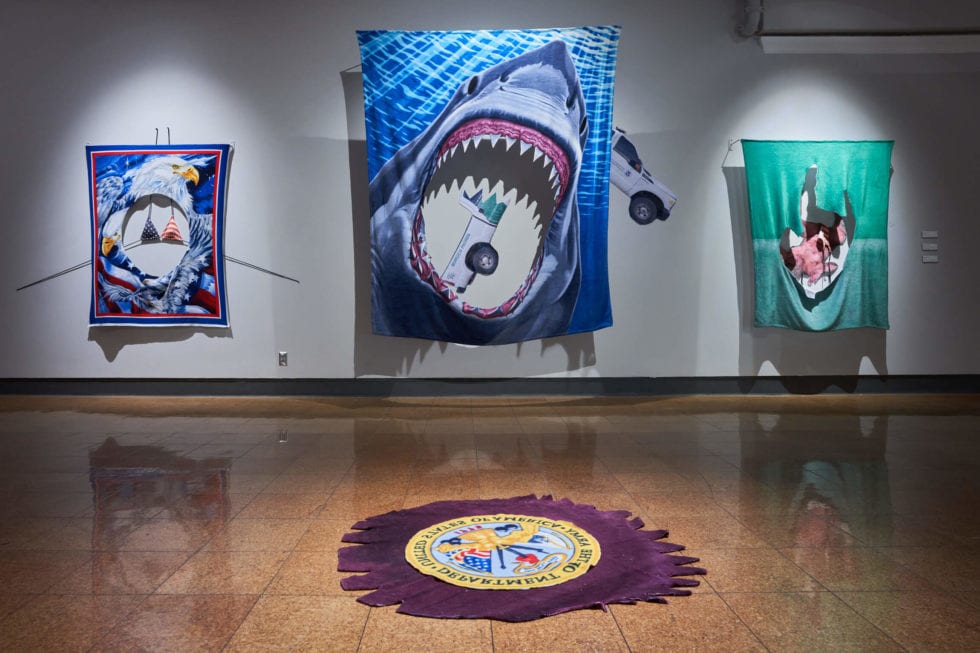 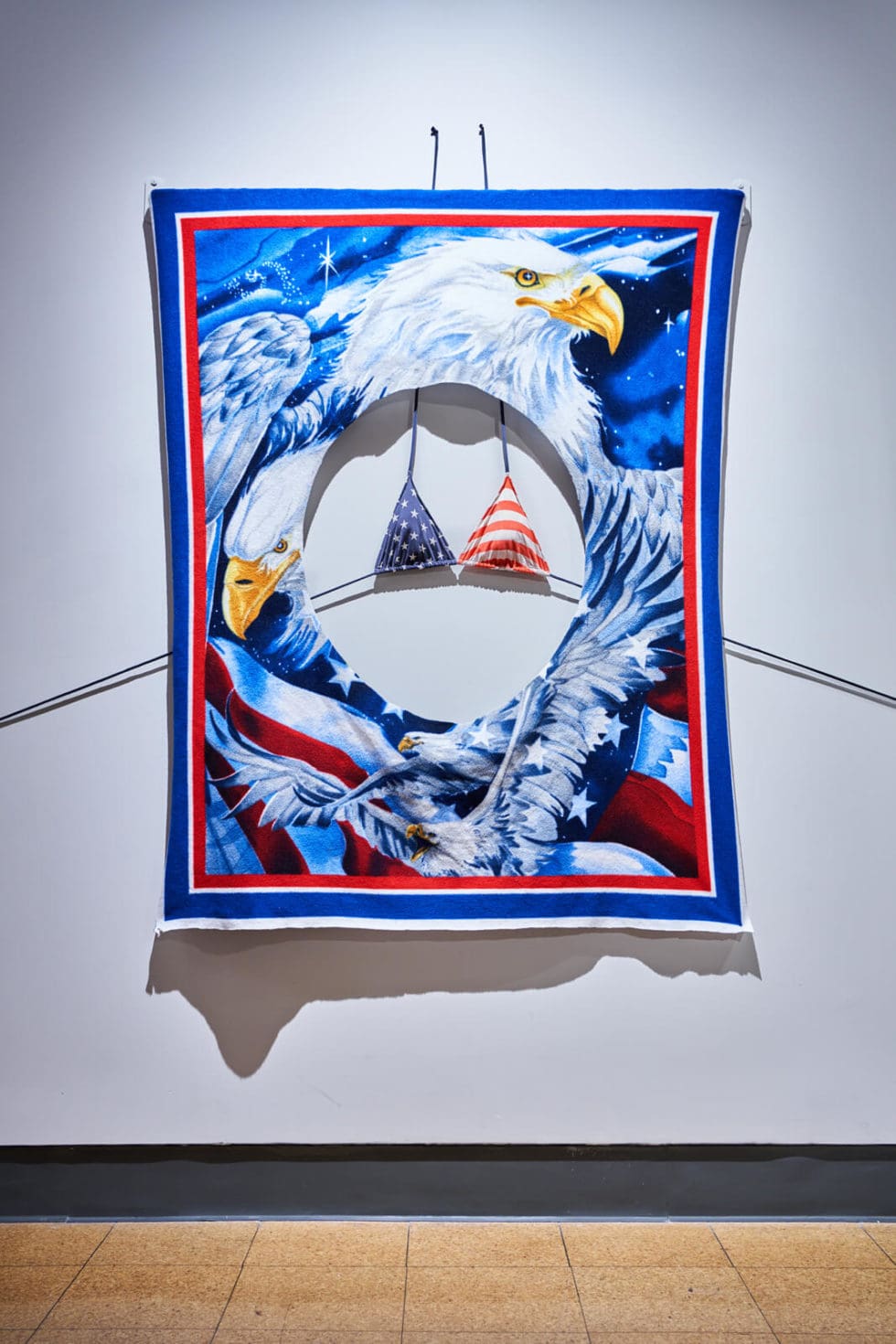 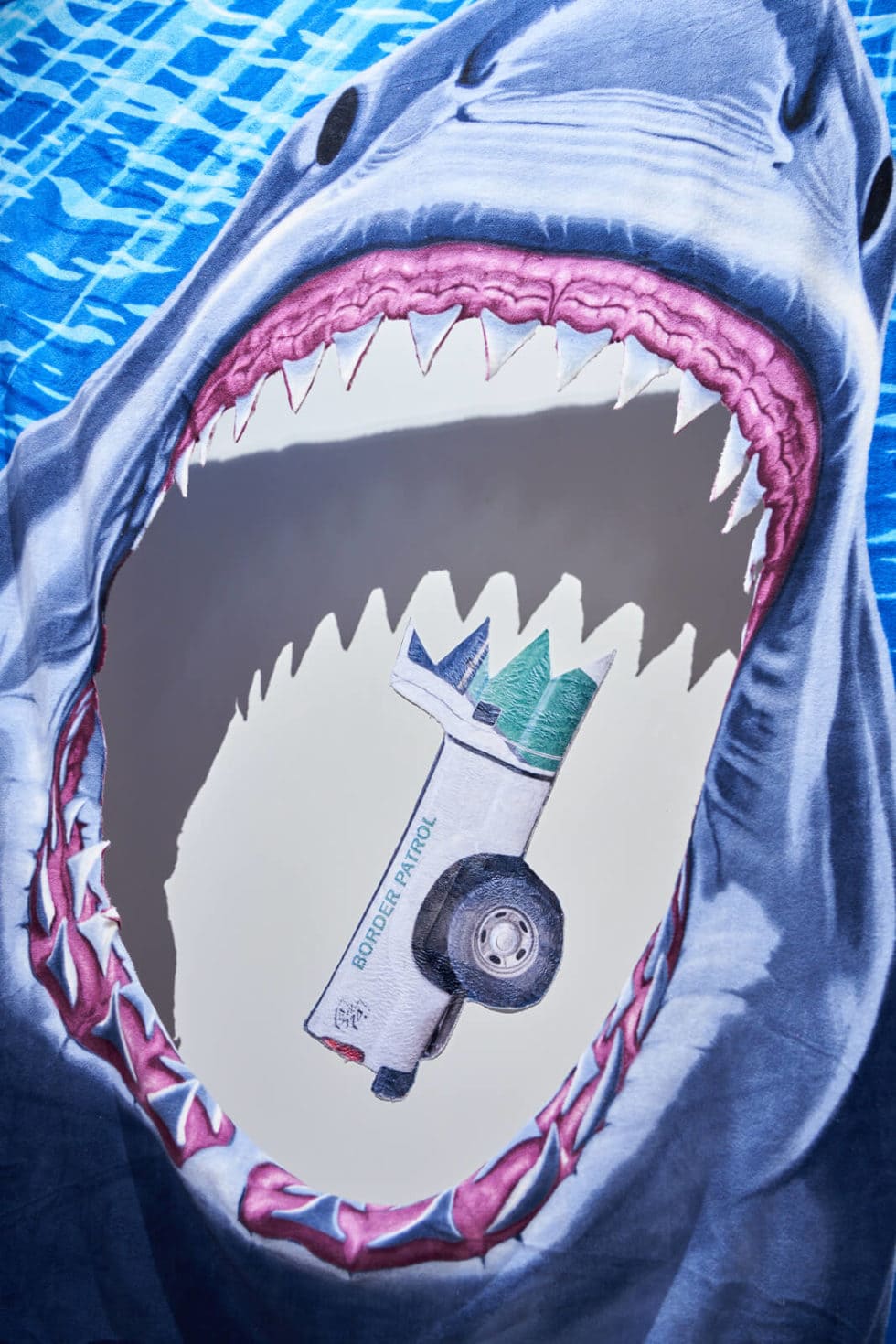 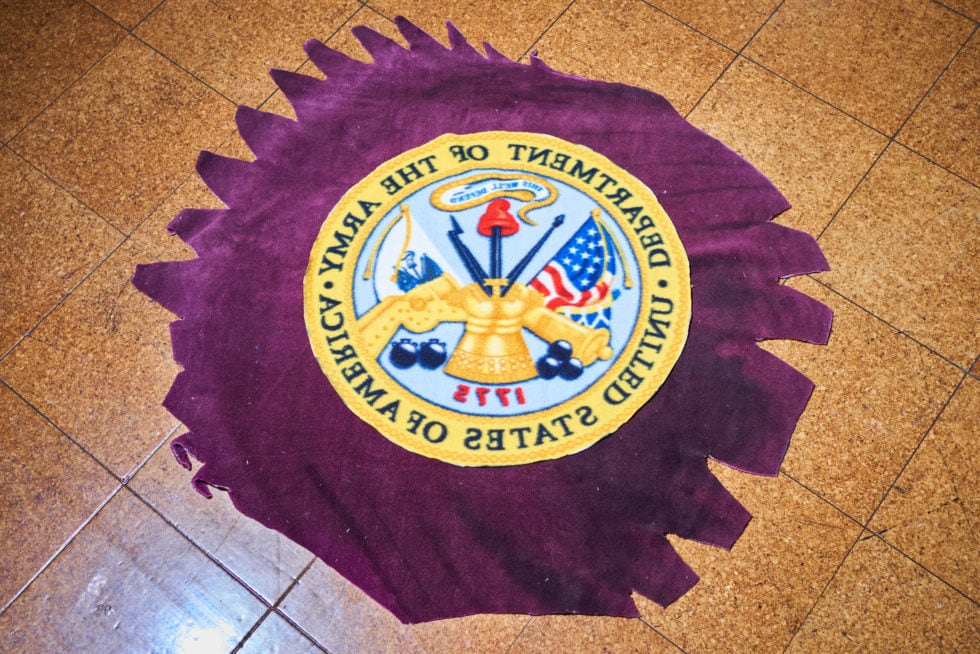 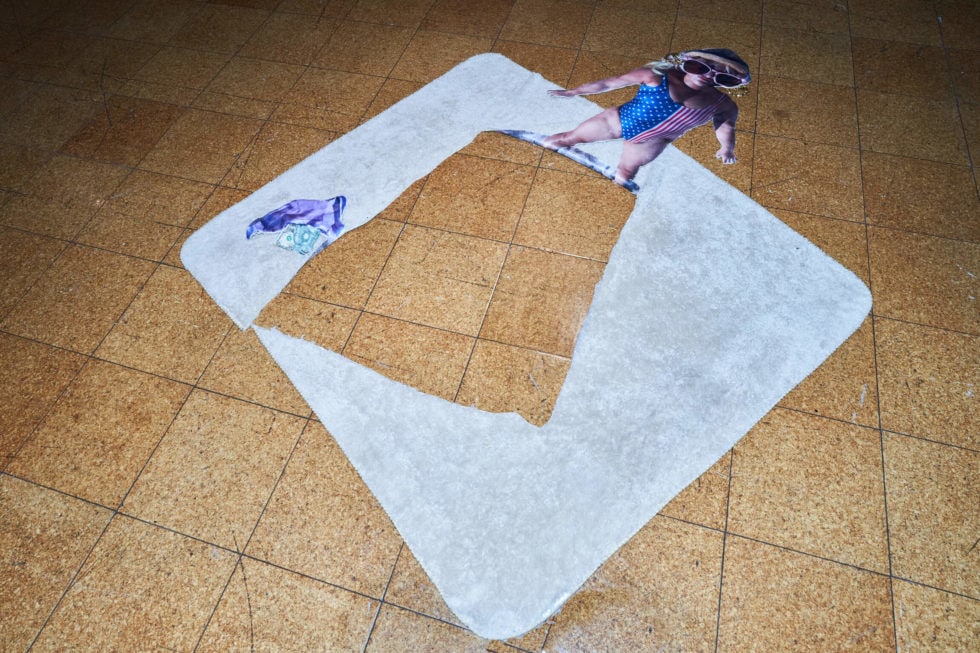